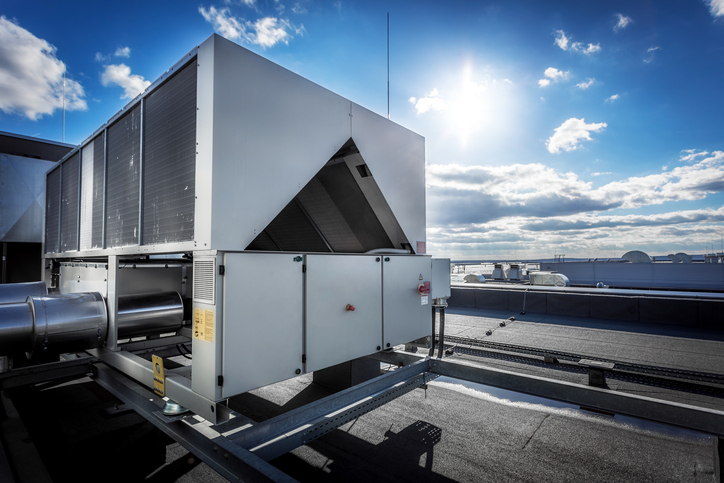 The modern air conditioning unit was invented all the way back in 1902! Although this invention predates the internet, the airplane, and even instant coffee, they’re still important today. Especially in business. A business can’t function without heating and air. But is it really necessary to wait for a full breakdown to take action? There are signs that point to an imminent need for replacement.

Want to learn more about when you need commercial HVAC replacement? Read on to learn all about the signs to look out for and what to do when you spot them.

1. Your Utility Bills Keep Getting Higher

One sign that it might be time to replace your commercial HVAC system is that your utility bills keep going up. If this is happening, it’s either because your building lacks insulation, or because your HVAC system is having a harder time performing its function, and is therefore requiring more energy.

If your HVAC system is the direct culprit, it’s likely because one of its components is impaired. It could be something like the condenser impeller being damaged. Or, it could be the AC motor reaching the end of its lifespan.

In any case, if your energy bills are going up, you’re advised to have your HVAC system inspected by a professional technician. The technician will assess your system, determine whether there’s anything wrong with it, and make either a repair or a replacement. Energy bills are rising all across America, so the last thing you need is a faulty HVAC unit costing you money. Remember, replacing your old unit with a new one with better energy efficiency can be a great investment that will pay for itself over a short period of time.

When it’s time to replace your commercial HVAC system, there’s another sign you might notice: your HVAC system is making weird noises. These noises could be anything from squeaking sounds to grinding sounds to banging sounds and more.

It’s natural to expect some whirring when the unit is in action. But if the unit is sounding like a bunch of mice are having a jazz party inside, it’s time to sit up and take notice! Now, this doesn’t necessarily mean that you’ll need to replace your HVAC system entirely. It might just need a timely repair. But in either case, professional attention is required.

Wondering what might cause weird noises in an HVAC system? Loose belts, sticks stuck in the condenser, and a lack of cleaning are common causes. For more information, check out this guide.

But if you’re noticing a lot of excessive noise, it might be a sign your HVAC unit is on its last legs. Any of these sounds can mean trouble:

Clanging is one of the worst sounds to hear, as it could mean a broken fan blade. In any case, hearing a lot of strange sounds might mean permanent damage to the unit. Commercial HVAC replacement costs could be cheaper than getting repairs.

HVAC units use a fluid called refrigerant to cool the air. An HVAC unit in poor condition can begin to leak. This could happen for a variety of reasons but mostly occurs in older units coming to the end of their operational lifespan.

Not only can a leak damage the unit itself, but it can also cause damage to your property. Carpets and refrigerant don’t mix well, so this problem is even more important than the others to address quickly! If you spot a leak, shut off the unit and place a container underneath to catch that drip.

When a leak occurs, the HVAC unit could be in serious trouble. The leak could occur due to the condensate pump having broken down, and this could be very costly to repair. Additionally, if your commercial HVAC unit has been functioning without refrigerant for a little while, it will have had to work hard to make up the slack. This could cause some interior components to break down under the pressure, leaving the whole unit non-functional.

An almost certain sign that HVAC replacement is around the corner is that your HVAC system keeps breaking down. HVAC breakdowns happen, but they shouldn’t be happening every few months. If they are, your system has likely reached its operational limit. Sure, you could keep making repairs every time a new problem crops up. However, you’d just be delaying the inevitable (and paying a lot of money to do so as well).

At this juncture, it’s wiser to replace the system entirely. New HVAC systems are more efficient than old HVAC systems anyway. So, instead of wasting money on repairs, you could be saving money on monthly energy costs.

Yes, the replacement might feel like a big financial hit. However, when you subtract the repair costs and the saved energy expenses, you’ll see that it’s actually the more cost-effective option in the long run. Commercial HVAC equipment replacement might not be as expensive as you think. Not every minor problem means you need commercial HVAC equipment replacement. Some issues can be fixed with a simple rooftop repair. But the older your unit is, the higher the chances are that repairs won’t do the job in the long-term.

5. Your Indoor Temperatures Are Inconsistent

When an HVAC system is operating properly, every room in the adjoining building should possess essentially the same temperature. If your rooms have different temperatures, for instance, one room is 72 degrees while another is 68 degrees, your HVAC system likely requires professional attention of some kind.

There are a number of reasons why these temperature inconsistencies might crop up. It could be that your ducts are dirty. On the other hand, it could be that your HVAC system isn’t producing enough heat or cold to distribute it evenly to every room throughout your building. Either repair or replacement will be needed. So, call up your local commercial HVAC technician and have them assess the problem. They’ll determine what’s needed and take the necessary action.

6. Your HVAC System Is Short Cycling

It can be indicative of a number of issues. On one hand, it might indicate a miss-sized HVAC unit. On the other hand, it could indicate a communication problem between the thermostat and the unit itself. Ideally, this will only require a repair or small parts replacement. Note, though, that it could spell the end of your HVAC unit and might signal the need for a replacement.

7. Your HVAC System Is Over 15 Years Old

For one, you don’t want your building to be left in the lurch without cooling or heating. Your HVAC system is going to die at some point, after all, and it could be at any time. Allowing it to go out on its own terms could potentially put you in a bind. Additionally, if an HVAC system is over 15 years of age, it’s likely extremely inefficient by modern standards. So, while it might still work, it costs a lot more money to run than does a brand-new system.

Also, old HVAC units can present a safety hazard. Many suffer from electrical faults due to frayed wiring, while many are prone to leakages which can cause a trip hazard (as well as creating a time-consuming job for the janitor!). By installing a new system now, you could start saving money immediately. The amount you save on energy will outweigh the cost of buying the new system in the long run. So, as far as cost-effectiveness goes, it’s the ideal solution.

Your Number One Choice for Commercial HVAC Replacement

Are you noticing any of the signs discussed above? If so, we here at Industrial Mechanic Contractors are the people to see. Replacing commercial HVAC units before they break down can save a lot of time and money. Keep an eye on all your units and consider scheduling regular maintenance to ensure they’re functioning at full capacity. When the time comes, we’re your trusted source for commercial HVAC replacement.

Whatever your HVAC needs, we can help. We’ve got years of experience in the industry, and we can turn our hand to any task. Contact us today for all your HVAC needs!

We Proudly Serve the Southeastern PA, Central
and Southern NJ and Northern Delaware Areas Only